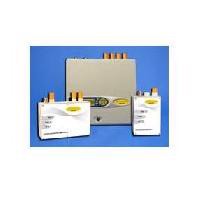 Thương hiệu: Kidde
|
Loại: Khác
|
0₫
AIR-Intelligencedetectors continuously adapt their sensitivity to the environment in which theyare installed, providing alarm thresholds which are 'relative' to thebackground particle levels in the protected area, instead of placing the alarmthreshold at a fixed level relative to ambient conditions.
At any time, the detector's performance remainsconstant, regardless of fluctuations in the normal background particle level.AIR-Intelligence detectors only respond to particle levels significantly abovethe expected background level, such as from a genuine fire situation.

RS-485 built-in as standard for networking and remote communications. Up to 127detectors per loop with 4,000 ft.between devices.